“I’m twice as busy thanks to Vetsec”

Holistic Vet Nick Thompson knew he was missing phone calls. But, until he became aware of a specialist veterinary receptionist support service, he hadn’t found a way to prevent his business losing clients through unanswered calls.

“I saw a mailshot and thought a specialist vet answering service sounded like a good idea. I knew I was missing quite a lot of my calls and thought they would be useful.” 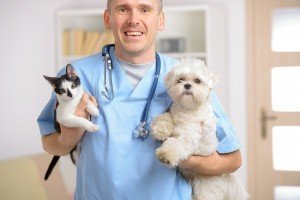 Previously Nick’s holistic practice had no system in place to deal with missed enquiries beyond a traditional answer phone message.

“Before Vetsec we answered the phones and had an answer machine. A lot of people don’t like answer machines, so a lot of the calls we missed, we missed (the client and their business).”

As the head practitioner of Holisticvet.co.uk, a specialist veterinary consultancy, Nick regularly travels the length and breadth of the UK, and Europe, delivering homeopathy, acupuncture, nutritional advice and herbal medicine to patients far and wide. When not on the road, Nick works from his Holisticvet Ltd. practice in Bath, North Somerset, where he employs a practice manager.

“Our practice manager was pretty suspicious initially. But now she enjoys the fact that she’s not having to answer the phone all the time and is free to run the practice. Vetsec has won her over.”

But has Vetsec won Nick over, especially when it came to entrusting outsourced staff with enquiries regarding his particularly specialist service?

“It was all pretty straightforward on our part. There was a bedding in period; now I’m very happy overall with what they’re doing.” As are Nick’s clients, who have given a “95 percent favourable response” to Vetsec. “I think it’s very economical.”

And answering calls is not the only way that Vetsec are making Nick’s life easier, with Vetsec’s team of Virtual Veterinary Secretaries providing dictation services, “I can phone a message through with a dictation, and I receive an email that is ready to send,” as well as making outbound calls on behalf of the practice, “I get a message with any enquiries, I then email back asking Vetsec to do this, this and this, and the team can then phone back the client and deliver any necessary information.”

But ensuring that every call is answered is where Vetsec is making the biggest impact on the practice’s bottom line.

“I’m twice as busy now as I was before I used Vetsec.”