Is your practice prepared for a pet emergency?

Firstly are the reports of early tick season, in particular, an outbreak of babesiosis, which has put pet owners on alert. Babesiosis, which can be fatal by causing dogs’ immune systems to attack their own blood cells, is believed to have been brought into the country under the Pets for Passports scheme. This is the first time experts have established an outbreak in the UK. Two dogs have so far died from the parasite, with others seriously ill. These dogs were all affected in the Harlow area of Essex, but there are fears it could spread. 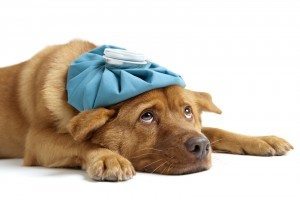 Elsewhere around the country, a number of incidents of attempted pet poisoning have been reported. In Sheffield dog chews with poison pellets in were thrown into a garden, while earlier this month three dogs in Kent were reported to have died from poisoning. A further report from March states that sausages filled with poisoned food and nails have been scattered in a park in Greater Manchester.

When a human falls ill, it’s an easy decision to take them to hospital. But if a pet falls ill it’s not so easy for owners to rush them to pet hospital. In fact in a pet emergency, many pet owners will want to call their regular veterinary clinic, placing their animal in the hands of a vet they know and trust, before trying emergency vets.

In such a pet emergency it is vitally important that every call is answered, which is where Vetsec comes in. Vetsec’s Virtual Veterinary Receptionists are in place to answer every call your existing reception team can’t. In doing so, Vetsec ensures not that anxious pet owners receive an immediate answer to their call, but also that your clinic is prepared to take every opportunity to treat ill animals.

Call or contact Vetsec today on 0333 800 0025 to find out how our dedicated veterinary support service can help your practice answer every call.